Can you name everyone on the bus? 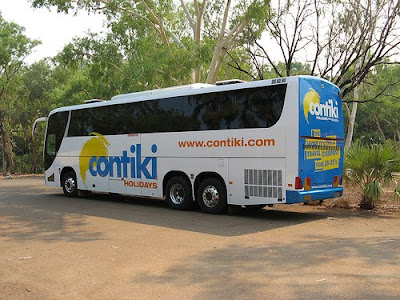 Photo by Daryl Fritz on Flickr
Many years ago I spent 21 days on a bus/camping trip in Europe with Contiki tours. There were approximately 40 people in the group from Australia, South Africa, USA, Israel, England and Hong Kong.

Our tour guide had issued a challenge. Whoever could stand up at the front of the bus and name everyone by first name would get a prize. I thought this was a wonderful icebreaker activity to motivate people to make an effort and get to know their fellow travellers. Unfortunately someone else beat me to the prize.

How often have you joined a class, club or social group and been worried about meeting everyone? Are you interested in getting to know everyone there or do you try and avoid social encounters? You will never know if you have something in common with a stranger until you start a conversation and introduce yourself.

Become the kind of person who initiates conversations and gets to know others in a group. After you have spoken with someone and remembered the name you now have something you can build on for future interactions. You may have decided you don't have anything in common but at least you made the effort to speak and make a connection.

There are countless situations where you join a group where you are going to see the people on a regular basis - daily, weekly or monthly. University students starting a new tutorial class, starting work at a new job, joining a Toastmasters club or sporting club. Maybe you have enrolled in a personal enrichment course -- there are many friendships to be made by getting to know other people.

Introduce yourself to others in a group and see if you can name everyone in the group.
Posted by Caveman at 11:52 PM