A history of Australian names 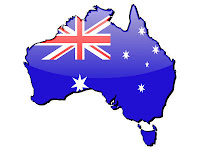 Learning the history of migration in your home city, state and country gives you a useful background for talking to people about their names. This knowledge can be a great conversation starter when discussing a person's name. You can approach the topic by saying "My hobby is researching my family tree. What is the history of your name?".

I live in Sydney in the state of New South Wales, Australia. Sydney has become a multi-cultured society with over one quarter of the state's residents born overseas. My surname of Cave goes back to England and has been traced back to 12th Century France.

Here is a brief summary of Australia's immigration in the last two hundred years.

The colonisation of Sydney started in 1788 with the arrival of over 160,000 convicts from England and Ireland. From the early 1790s, free immigrants came to Australia fueled by the rapid growth of the wool industry in the 1820s. Many people migrated from the United Kingdom to take advantage of the jobs and opportunities in rural Australia.

The Gold Rush era of 1851 to 1860 attracted up to 50,000 migrants each year. The Chinese immigrants were the largest non-British group. Other events in the 19th Century attracted particular groups of migrants.

During the 1840s, a large number of Irish immigrants settled in Australia to escape famine in ther homeland. Labourers from Melanesia were recruited in the 1860s to work on Queensland plantations. Japanese fishers helped build the pearling industry in the late 19th Century.

A large influx of migrants occurred after World War II. Australia negotiated agreements with other governments to bring more people to Australia. British people could migrate to Australia for the princely sum of 10 pounds, earning the nickname of a "Ten pound Pom". Migrants from Hungary and Czechoslovakia (as it was then known) arrived in 1956 and 1967 following unrest in their countiries

The highest rate of growth in absolute numbers in the last five years has been from China, India, Philippines, Korea and Iraq. I will be writing articles on names from these countries.

Understanding the history of migration in your part of the world, and a knowledge of names from different cultures will help greatly in your new interest in names.