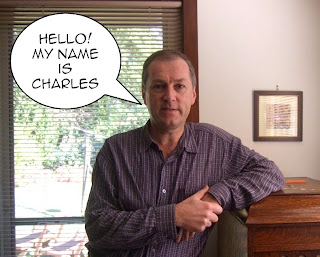 Do you have trouble remembering names?

Do you find yourself saying "Oh, I know your face, but I just can't remember your name!"

The most common complaint I hear about memory skills is the ability to remember names.

In this series of blog articles, I will show you some techniques to ensure you will never forget a name again. Knowing and using people's names is important for your business, social and personal life. You meet people continually (unless you are Robinson Crusoe living on a deserted island) and want to remember the names of the people you meet.

A person's name is his or her most prized possession. The most pleasing sound a person hears is their name being used and remembered by others. So don't embarrass yourself by saying to people you have previously met "What is your name again?".

What is the real problem with remembering names?

Studies have shown we can remember thousands of faces. In one experiment, people were shown several hundred photos of faces. Next, they were shown the same photos again with some new images added. The people were asked to identify faces they had not seen in the first pass, and the recognition of unfamiliar faces was quite easy.

What this experiment shows is that we don't seem to have an issue with remembering the face. The brain is highly skilled at remembering images. The challenge we have is to remember the name associated with the face.

Often the person doing the introduction mumbles the name or doesn't give the name. I have been in situations where a new employee is brought around to be introduced. The conversation goes something like this: "This is Charles and Bill and Jim who look after the system". Charles, Bill and Jim are now wondering who the new employee is until someone takes the initiative and asks "I didn't catch your name". Shame on the person responsible for doing such a poor introduction!

Sometimes we are so worried about creating a good first impression or wondering what to say to the person that we don't listen to the introduction.

The first technique for remembering names is to be sure you hear the name in the beginning of the introduction. Listen carefully and don't worry about how you are going to respond. If you are not sure of the name, ask the person to repeat it.

You may realise that the name is similar to a friend or relative of yours, so mention this fact. This helps impress the name in your memory and builds more assocations. I used to work with an Elizabeth Taylor (it was her married name) and she told me how challenging it was to book a restaurant with ther name. The usual response was "I suppose your husband is Richard Burton?". I have also worked with a Kieran Kearing whose brother Paul visited from Ireland. Having the same name is a former Australian Prime Minister caused an airline to reject a booking on the pretext it was a hoax!

I live in Sydney which is a very cosmopolitan, multi-cultural society. I hear names from Asia, Europe, England and Ireland. In my office there are Indian names: Anil, Shruti, Himali, Vasu, and Shoba; European names: Mikhail, Vitaly, Ergun and a selection of more familiar names of English origin: Alan (2), Andrew (2), Chris (5), David (4), Diane, Daniel (2), John, Sue and Mark.

Once you have established the name, use it in the conversation. This will help you better remember the name as well as showing the person that you know his or her name. But don't go crazy with repeating the name, or you will drive the person crazy. When you finish talking with the person, say something like "It was good to meet you Vladimir".

Make it your goal to know a person's name even if you think you are unlikely to see them again. Following this principle will cause you to show respect and be interested in others.

When you introduce people, make it easy for everybody by stating the new person's name several times and give some background to use as a conversation starter. For example, "Hi everybody. I would like to introduce Robert who is starting today. This is Bill, Charles and Jim who look after the systems. Robertused to work at Microsoft so I am sure you will have a few questions for him".


And here are some tips for introducing yourself.


In my next article I will write how to make any name have meaning using a substitute word and how to associate it with the person's face.